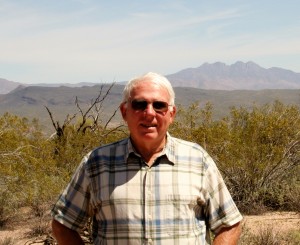 Bill Clinkenbeard was born in Lincoln, Nebraska and went to the University of Nebraska. After working as an electronic engineer on a missile site, he studied at McCormick Theological Seminary in Chicago. He earned a Bachelor of Divinity degree and was awarded the T.B. Blackstone Fellowship in New Testament Greek. He went on to study at Trinity College in Glasgow and Yale Divinity School, where he received an S.T.M. in Christian Ethics. A Presbyterian, Bill has served as the minister of churches in Nebraska and Edinburgh, Scotland. His wife Janette is a medical doctor, and they have three adult children and eight grandchildren. They live in Edinburgh most of the time, Arizona some of the time, and Bill enjoys golf, writing and DIY.